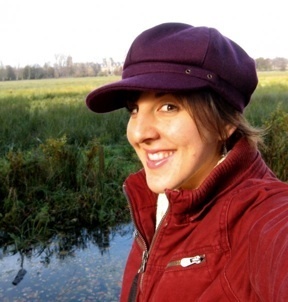 Cara Polk Aspesi is a member of the Music and Religion working group and doctoral student in the Department of Theology at the University of Notre Dame. Her area of concentration is Liturgical Studies, and this allows her to study the history, theology, and rites of Christian worship from the New Testament era to the present. She takes special interest in mutual relationship of influence between worship and Scripture in the earliest days of Christianity and hopes someday to write on the role played by liturgical practices in the formation of the biblical canon. With much gratitude Cara traces the rise of her interests in the interplay of texts, culture, and Christianity to her time in the Departments of English and Anthropology at Biola. She earned her Bachelor degrees from Biola in 2005, studied philosophy and ancient languages at Talbot School of Theology for two years, and completed a MA in Early Christian Studies at Notre Dame in 2010. After all such study, Cara admits her decision to pursue a Ph.D. may indicate an unhealthy addiction to paper (especially old paper). She tries to balance this, however, by engaging as frequently as possible with objects of considerably more substance, such as mountains, running trails, reciprocating saws, and good chef’s knives.